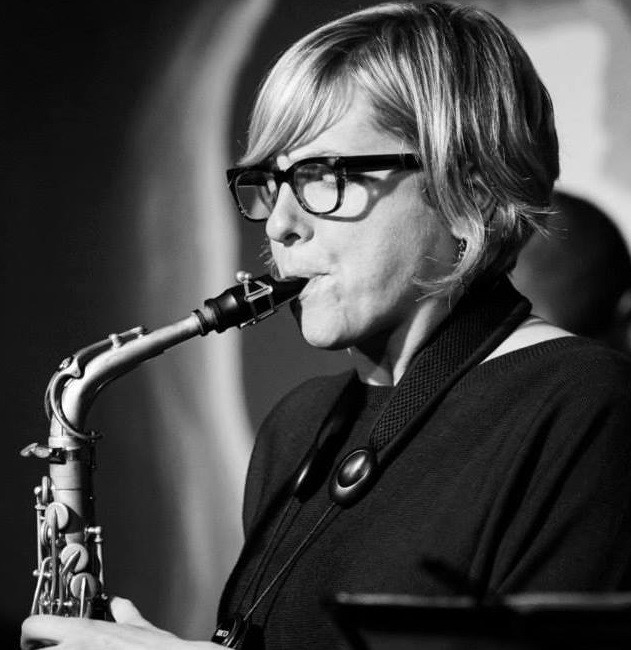 Tara Davidson is a multi-JUNO Award nominated alto and soprano saxophonist who has performed around the world at such prestigious venues as New York City’s Carnegie Hall, the acclaimed North Sea Jazz Festival in the Netherlands, the International Jazz Festival in Lima, Peru, and The Kennedy Center, in Washington, D.C.

Davidson has produced four recordings as a leader since 2003 and performed on over twenty recordings as a side person. Davidson’s sophomore CD, “Code Breaking”, was nominated for a JUNO Award in 2007 for “Traditional Jazz Album of the Year”. In the fall of 2014 Davidson released her fourth recording as a leader, “Tara Davidson: Duets”, featuring Mike Murley, David Braid, Trevor Hogg, Andrew Downing, David Occhipinti and Laila Biali (Addo Records). “Duets” received a JUNO Award nomination in 2016 for “Jazz Album of the Year: Solo”.

At the beginning of 2011 Davidson started the Carn Davidson 9 which is a collaborative project between herself and fellow JUNO Award nominated artist, trombonist William Carn. This project is an opportunity for both artists to “reimagine” their compositions for this nine-piece, chamber jazz instrumentation, shining new perspective on their existing repertoire. The Carn Davidson 9’s debut recording, “Nine”, (Addo Records) received 3.5 stars from DOWNBEAT magazine and was nominated for “Traditional Jazz Album of the Year” by the 2014 JUNO Awards.

Davidson received her Bachelor of Music in Jazz Performance from the University of Toronto where she studied with her most significant musical influence, saxophonist Mike Murley. In 2013, Davidson was awarded the Ontario Arts Council’s Chalmers Professional Development Grant to study with saxophone legend, Dick Oatts, in New York City.

Davidson is an active educator. She is on faculty at York University, the Humber College Community Music School and the National Music Camp of Canada (Jazz Faculty).

Tara Davidson is proud to be a Yamaha Artist and plays their Custom Z alto saxophone.

Camp Wahanowin has been proud to host National Music Camp since 1965!  Located on the shores of Lake Couchiching, only an hour and a half  from Toronto, it offers the best facilities and programs. Learn more about Camp Wahanowin